The Hope Foundation Yoga group and I arrived in Kolkata on 28th October,and we were whisked into the city by a creatively painted bus built circa 1950, complete with off white lace curtains. Two men up front-one driver and one chief horn honker- he blasted the horn every few seconds as we dodged our way through heavy Kolkata traffic, which has an “every man for himself” traffic flow system.
After a short rest we were taken to the Kasba girls home- one of the Hope homes here in Kolkata. The welcome for the “Aunies” as they called us was wonderful. They proudly showed us around. Later entertained us with singing and amazing dancing. Our presence, delighted them as much as we delighted in theirs. 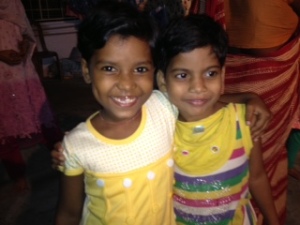 “The world always look brighter from behind a smile”

The Power of a smile.
We were entertained on Wednesday with a fabulous display of musical and dancing talent from the children who live in the Hope homes.The 14th annual Hope Foundation day was held at Science City- a big theatre in Kolkata.700 children took part The colour and production was just incredible, and the dances ranged from Bollywood to an Irish dance, performed by the girls from Kasba home, which we visited on our first day, and twice since then.
The theme was the power of a smile,which along with the vibrant colour seems to sum up the magic of Kolkata for me. “A smile is one of the most precious human expressions”
Later that day we went for a “cruise” on the Ganges, and saw a side to Kolkata very different from the mornings, and one from which some of the children may easily have been saved from. 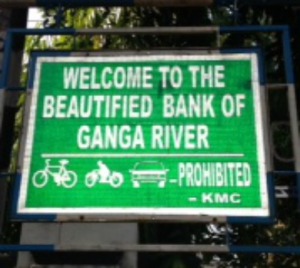